"Let's have a splash with some water!"

{C}Turquiose is a heroic hedgehog that likes to be called Splash because he hates his real name. He can control water, and has some of Sonic's powers. Splash is also an Freedom Fighter. He also has a helpful team called Team Element (Team Splash)

{C}Splash has turquoise fur, blue stripes with pink eyes and a yellow outline of his eyes. He has the signature white gloves and he has shoes that are made of the same materials as Sonic's shoes, and water. He has a Green jack and purple goggles. His Shoes look similar so Sonic's but dont have a buckle and has a bit more of a diffrent design

Splash is a loveing hedgehog that will help others in the time of need. He loves his friends and a kind heart. He his up to any adventure with his Hyrdokinesis.

Splash is a Speed type. He can use the element of water, surf, throw water balls and even spray water. He has mastered all of Sonic's moves that he tought including the Spin Dash and Homing Attack.When he gets the Chaos Emeralds he turns into Super Splash/Soaking Splash (or Super Soaking Splash) and all his powers become stronger. He can turn into water as long as he has one chaos emerald the more emeralds he has the big he can get.

Splash can use the element of water, meaning he can surf, throw water balls at opponents and spray water at them

Splash was always a great hero. He then met Sonic the Hedgehog and learned few moves and tricks from him. He then joined the Freedom Fighters.

Shows where the characters have made an appearance.

Relationships with Other Characters[edit | edit source]

Talk about what friends and/or family they have. 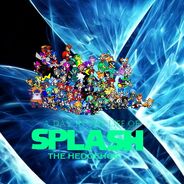 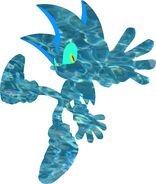 his final design of being a recolor 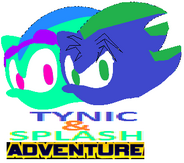 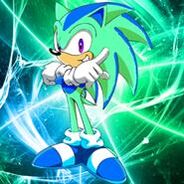 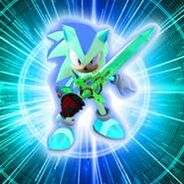 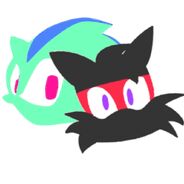 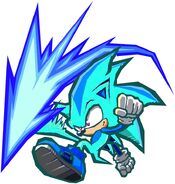 Splash Sprite made by Tynic

Add a photo to this gallery

Retrieved from "https://sonicheroesfanon.fandom.com/wiki/Turquoise_%22Splash%22_the_Hedgehog?oldid=5946"
Community content is available under CC-BY-SA unless otherwise noted.